In the fourth lecture of the series, Simon will be discussing – “The risks of leaving people behind” the fallout of Economic Recovery, Trumpism & Brexit.”

The event is in conjunction with the Kemmy Business School, Limerick Institute of Technology, Limerick City and County Council and The Irish Examiner. It is a six-part series of public lectures to be delivered by internationally renowned commentators and thought-leaders in their field. The fourth lecture in the series with Simon Carswell will take place on the 5th of October and will be moderated by Dr. Michelle O’Dwyer.

Simon Carswell: Simon Carswell is a Correspondent with The Irish Times. He was the newspaper’s Washington Correspondent from 2013 to 2017 covering Barack Obama’s second term in the White House, the 2016 US presidential election and the rise of Donald Trump. Prior to his move to the US, he was Finance Correspondent from 2007 to 2012, reporting on the Irish financial crash and economic crisis. He was named National Journalist of the Year 2011 by the National Newspapers of Ireland for his coverage of the crisis. He is the author of Something Rotten: Irish Banking Scandals, published by Gill & Macmillan in 2006, and Anglo Republic: Inside The Bank That Broke Ireland, a bestseller published by Penguin Ireland in 2011. Since returning from the US he has reported on Brexit, the UK general election and the terror attack on the Manchester Arena. He previously worked at The Sunday Business Post from 1999 to 2007 where he was News Reporter and News Editor. He grew up in Limerick and attended Crescent College before moving on to Trinity College Dublin where he studied history and Dublin Institute of Technology where he received his Masters in Journalism. He is a regular contributor to television and radio. 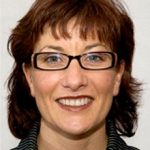