Weep You No More

“Weep You No More,” a chamber concert of Renaissance and Baroque music from England and Scotland, featuring Mario Papini (lute), Vlad Smishkewych (voice), and Yonit Kosovske (harpsichord). Artist biographies are below. 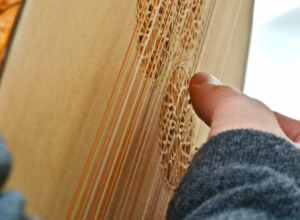 Yonit Kosovske performs as a soloist and chamber musician on harpsichord, modern piano, fortepiano, and chamber organ. Performing Renaissance through Contemporary repertoire, she curates and participates in diverse projects, often integrating music, text, movement, and painting, as well as her own photography and short film. Attending conferences throughout Europe, the United States, and the Middle East, Yonit lectures on Chromatic Keyboard Repertoire, Performance Practice, Interdisciplinary Collaborations, Arts & Diversity, and on Music & Citizenship. Yonit also organizes public seminars that bring together renowned artists and scholars from different arts practices with the intention of building bridges and deepening cultural understanding across traditions and backgrounds. Yonit has a Doctor of Music degree in Historical Keyboard Performance from the Indiana University Jacobs School of Music and is the author of “Historical Harpsichord Technique: Developing La douceur du toucher,” (Indiana University Press, 2011). Yonit maintains an active teaching career as a university lecturer and as a guest artist invited to present classes, workshops, and master classes in harpsichord and piano.

Mario Papini is a lutenist, multi-instrumentalist, and researcher. He is active as a soloist and collaborative artist in the field of Early Music and various traditional repertoires. Originally from Brescia, Italy, he currently lives in Ireland where he is engaged in musicological research at the Irish World academy of Music and Dance at the University of Limerick. In 2019 he graduated cum laude with an MA in Lute and Early Plucked Instruments from the Conservatory Alfredo Casella of l’Aquila under the guidance of Marco Pesci. Mario also has a BA degree from the Conservatory Benedetto Marcello of Venice, where he studied with Tiziano Bagnati. Since 2011 he has been exploring medieval lute and modal music with his teacher Peppe Frana.

Tenor Wolodymyr “Vlad” Smishkewych has performed with artists as diverse as Sequentia, Theatre of Voices, Carlos Nuñez, Jordi Savall and Hesperion XXI, The Harp Consort, Ars Nova Copenhagen, and Ensemble Dialogos. He has recorded for Sony/BMG, Harmonia Mundi, Naxos, Norton, and Focus Records. He holds the Doctor of Music in Voice Performance from Indiana University, and has lectured and taught masterclasses and performance programs at universities in the USA, South America, Canada, and Europe. His passion for writing and creating audio and video about music, culture, and nature, brought him to Spain as a Fulbright Fellow in 2005. In 2011 he moved to Ireland to become director of the MA in Ritual Song and Chant at the University of Limerick, Ireland, where he taught until 2014. He then returned to performing and to the world of audio broadcasting and film, in 2015 joining Ireland’s RTÉ lyric fm as an announcer and programme writer, and as the host of Ireland’s weekly early music programme, Vox Nostra.