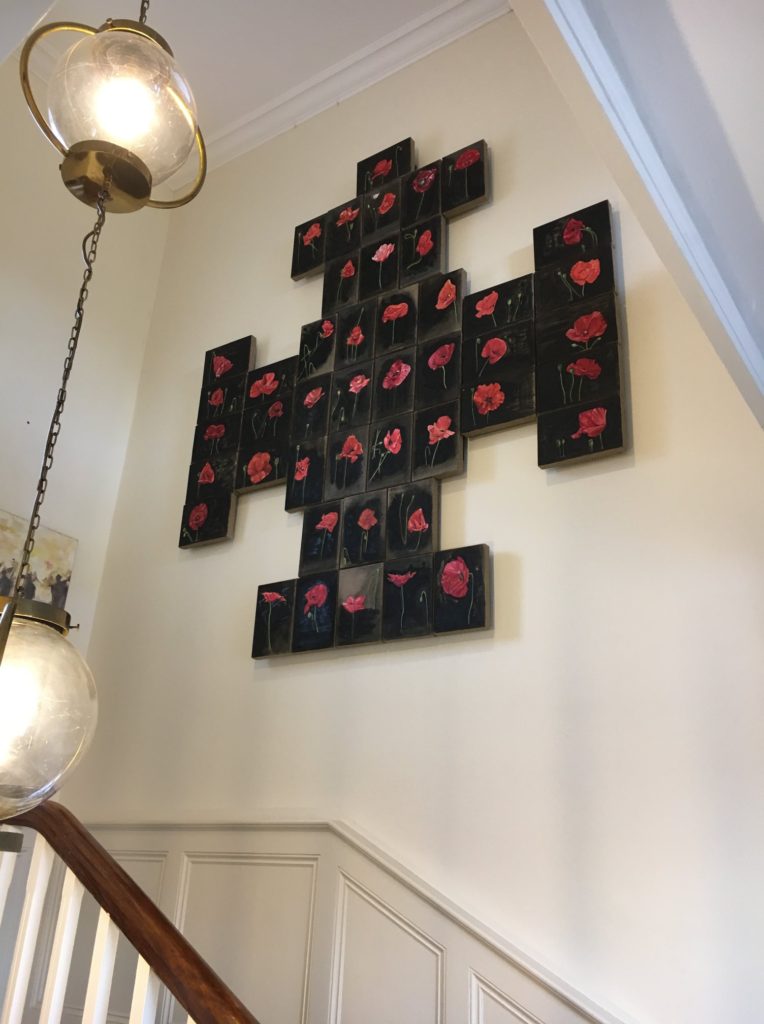 ’45 for Valour’ exhibition which was hosted by the Limerick Museum during November has now transferred to Bishop’s Palace, the headquarters of Limerick Civic Trust.

Trish Taylor Thompson’s seminal work ’45 for Valour’ honours the forty-five soldiers of Irish descent who were awarded the Victoria Cross for their bravery and heroism during the Great War. A graduate of LSAD, Trish Taylor Thompson’s practice is influenced by the symbolism of botanicals. Through the motif of the common poppy, she explores the importance of remembering. Themes of commemoration and memorial are at the heart of this important work that has stimulated dialogue in addressing the controversy around the wearing of the poppy in Ireland. The forty-five paintings, oil on linen, are a memorial to the soldiers who risked their lives fighting with extraordinary valour and selflessness during wartime. ’45 for Valour’ marks the anniversary of the beginning and the end of World War I.

There is also a Limerick connection. Although the majority of the forty-five soldiers were awarded their medals posthumously, two of the Victoria Cross recipients include Limerick born stretcher-bearer Private Michael James O’Rourke who survived the war and died on 6th December 1957 at the age of sixty-nine. Private Henry Edward Kenny was born to Limerick parents in England and died on 6th May 1979 at the age of ninety.

The American humanitarian and educator Moina Michael first introduced the idea of the poppy as a symbol of remembrance by selling silk poppies as a means of raising funds for Veterans of War in the United States following their homecoming from WW1. In 1921, her efforts resulted in the poppy being adopted as a symbol of remembrance for war veterans by the American Legion Auxiliary, and by Earl Haig‘s British Legion Appeal Fund (later the Royal British Legion) later that year.

For further information about the artist visit www.trishtaylorthompson.com