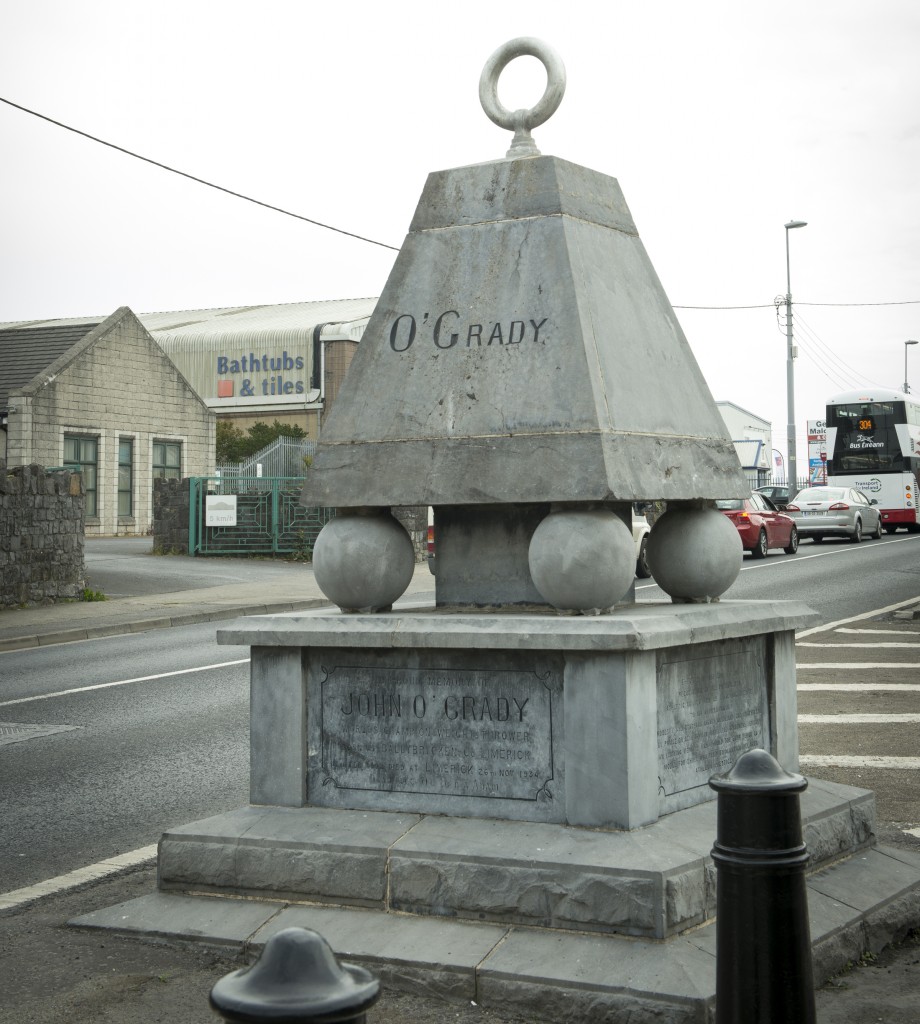 A monument to one of Limerick’s strongest men has been restored to its former glory by Limerick Civic Trust. The monument at the Fair Green commemorates champion weight thrower John O’Grady from Ballybricken who died in 1934.

The top part of the monument, which represents the handle of a weight, was damaged and dislodged. It was found by a local resident who handed it over to members of Limerick Civic Trust working in Mount Saint Lawrence Cemetery at the time. Since the Trust’s mission is to protect and enhance Limerick’s heritage and environment, it was inevitable that the team would “throw their weight” behind the project and not only has the top part been reinstated but the entire monument and its surrounding area was cleaned.

Standing over 6 foot tall and weighing more than 18 stone, John O’Grady was a world record breaking weight thrower. He represented Ireland in the 1924 Summer Olympics and was the country’s flag bearer. He participated in the shot put, which he threw a distance of 12.75 metres which placed him 17th in the Olympics.

The inscription on the monument reads:

Erected by his admirers in proud memory of John O Grady World Champion Weight Thrower born at Ballybricken, Co. Limerick 17th Feb 1892. Died at Limerick 26th Nov 1934. He worthily upheld Ireland’s Athletic prestige and endeared himself to all by his loveable character and simple bearing.

David O’Brien, CEO of Limerick Civic Trust, said “Limerick Civic Trust was delighted to undertake this work. We have so many unique monuments and features in our midst and it’s important that they are protected and remain attractive. So many people drive and walk by this monument every day not knowing why it’s there. I hope this project will somehow help shine the light on one of our forgotten heroes.”

John stood over 6 feet tall and weighed more than 18 stone, a formidable sight, but all who knew him mentioned his jolly disposition.

He was a world record breaking weight thrower. He represented Ireland in the 1924 Summer Olympics and was the country’s flag bearer. He participated in the shot put, which he threw a distance of 12.75 metres which placed him 17th in the Olympics.

In his later years, he was the rates book inspector for the Limerick County Council.