Following on from previous successful climbs, we are once again planning to host a sponsored return to Mount Brandon Co. Kerry on Sunday the 29th of May.

The bus will leave Limerick at 8am from the Bishops Palace, pick up at 8.10am at Punches Cross and 8.30am at Adare primary school.

Sponsorship cards will be issued by Limerick Civic Trust and we would hope that each card obtains a minimum of €100 in supportive sponsorship. In return for the sponsored card, we will provide the bus to and from Mount Brandon, showers and changing rooms after the hike along with a 3 course meal.

We plan on being back in Limerick at circa 9pm.

It would be great if you could END_OF_DOCUMENT_TOKEN_TO_BE_REPLACED

Our team have been hard at work on a new pathway running the length of the Corbally side of the canal. The reopening of the path will see the canal loop walk open to the public from Clare Street to the Guinness Bridge on both banks.

This project will be finished shortly but already hundreds of walkers and joggers are enjoying the new amenity. Enjoy! 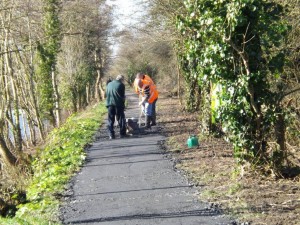 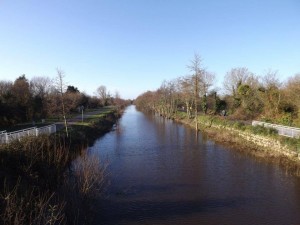 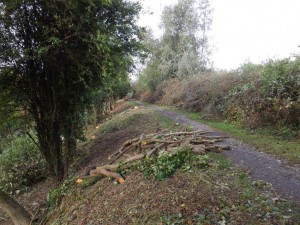 On behalf of the management and staff of Limerick Civic Trust, I would like to wish all our Members, Friends, Associates and supporters the very best for Christmas and the New Year.

2015 was a busy year for the Trust and saw the implementation of some management changes in September. The effects of these changes will be documented in the end-of-year report for the AGM in the New Year.

We are particularly pleased with the positive feedback from our events, especially the Christmas Lunch, and the discussions that have followed. Central to these discussions is the future of the historic fabric of the city and county and how we might better engage the public, business professionals, the state and its officials. We intend to build on this in 2016 through a variety of conduits and we will keep you posted on progress.

In addition to our ongoing efforts to clean our city’s streets, restore key sites and improve river walks, graveyards and public spaces, we are aiming for 2016 to be a year of growth and development. The central remit of the Trust is the conservation of our heritage, in all its many guises, and the protection of our environment through civic pride. More than ever, we require external support to help us realise these goals. So next year we will be increasing our membership drive and actively seeking public and private assistance.

There are over seventy people involved in the delivery of the Trusts ambitions and I would like to thank each and every one of them for their invaluable contributions since my arrival mid ’15. Whether they were involved in the restoration of the church at Mount Saint Lawrence, the maintenance and cleaning of the canal, the graveyards, or working in Bishop’s Palace and supporting the changes, their assistance and hard work helped us promote the good name of the Limerick Civic Trust. Last, but not least, there is the executive, who give so much of their time and effort to guide and support the management of the Trust, along with the tireless efforts of our Chairman, David Deighan, who deserves a special mention for his support during the changes this year.

Every best wish for Christmas and the New Year and we look forward to being in touch more regularly over the course of 2016.

“Putting Our Best Coat On”

It was a full house at our annual Christmas Lunch in No.1 Pery Square on 4th December

A broad spectrum of companies were represented at the festive lunch, including VHI, Limerick Chamber, Glenstall Abbey and many, many more.

She noted how she is “a big supporter” of the Trust and hopes that as economy upturns “more people will get behind the Trust as it is really doing a great job”.

“If we want investors and tourists coming to our city to recommend us, it’s important they see pride in place and a good presentation of our heritage assets and spaces. It is important that we put our best coat on at all times and Limerick Civic Trust is helping us do that.”

This collection of oral history brings to life the voices of 50 people which include artists, writers, politicians, millers, fishermen, artisans, soldiers, publicans and a variety of people living in the city. The interviews were conducted between 1995 and 2011. The Special Collections and Archives Department at the Glucksman Library will undertake to preserve the collection and give access to this unique Limerick archive to both the public and the University community.

Speaking at the presentation, President of UL, Professor Don Barry said, “I am delighted to welcome this collection here today as it is a significant addition to the Glucksman Library. Many of the voices are those of eminent people in our community. The archive is a reflection of the changing political, social and cultural climate of Limerick and it does so not just as a series of ‘facts’ but as what people believed, lived and understood, conveying all the joys, sadness and sometimes even anger that the written form cannot touch.”

David Deighan, Chairman of Limerick Civic Trust added, “The Glucksman Library at The University of Limerick has now brought this oral history collection of Limerick people, a significant Limerick Civic Trusts history project, to a new and higher level. It has protected, preserved and now presents the Trust’s research work and makes it accessible to a world-wide audience. It will be particularly valuable to historians, anthropologists, Limerick’s local historians and people interested in people and their lives. Limerick Civic Trust will continue to collect oral history. The collection has been started and the Trust will continue the research and recording. This is a working project with a rich future.”

Some of the interviews include people like Tony O’Farrell who spoke of his family’s tradition of full-time fishing on the Shannon since the 1860s and of the many colourful characters in the fish market on Nicholas Street. Eileen Brown, who in the late 1920s and early 1930s, scrubbed and waxed floors in Mary Immaculate College while her husband John, packed coal in the open air as a Limerick dock labourer for twelve shillings a day.

These collections now join the many treasure troves of Limerick that have been entrusted to the University of Limerick’s care including The Fr. John Leonard Limerick Collection, the Kemmy papers and the literary papers of Kate O’Brien to name just a few.

Over 40 staff from Limerick Civic Trust conducted a giant clean-up of Mount Saint Lawrence Cemetery in advance of All Souls Day.

David O’Brien, Limerick Civic Trust Manager explained, “The giant clean-up marked our final project in Mount Saint Lawrence for the year. Unfortunately, many areas of the graveyard showed a lot of signs of neglect. Thanks to the great work by the team, the graveyard is prepared and well presented for the winter months. The cemetery has many visitors between All Souls and Christmas time, so it’s nice to have it in a more respectful and fitting condition. I would also like to thank the supervisors for organising the day and the Limerick City & County Council for their support.”

Brian Henry, Limerick City & County Council, commented, “We are indebted to Limerick Civic Trust for their invaluable work. Projects like these make a big difference to so many in our community.”

Limerick Civic Trust is also involved with the restoration of the Mortuary Chapel at Mount Saint Lawrence cemetery. Work is progressing steadily with the total restoration and refurbishment of the apse roof near completion.

The Limerick Civic Trust, which was formally constituted in 1983, is an independent, non-profit making voluntary society. It is mainly supported from donations by industry, business, charitable trusts and individuals. Its mission is to improve Limerick’s city environment through positive action.

Limerick City and County Council will host the seventh series of exploratory lectures on Limerick’s unique built heritage this autumn.

The lectures look at a variety of architecture through the ages including the earliest houses from pre-history in Lough Gur, the great castles and range of medieval art and architecture in the region, the consideration of hidden dwellers in our buildings and structures, and the contemporary domestic design for 21st century Limerick. END_OF_DOCUMENT_TOKEN_TO_BE_REPLACED

Limerick Civic Trust is inviting the people of Limerick to help us in our mission to undertake an ongoing programme of project work for the betterment of Limerick.

Membership of Limerick Civic Trust is welcomed from all sections of our Community. We have a range of membership categories to accommodate all interested people and business concerns. END_OF_DOCUMENT_TOKEN_TO_BE_REPLACED 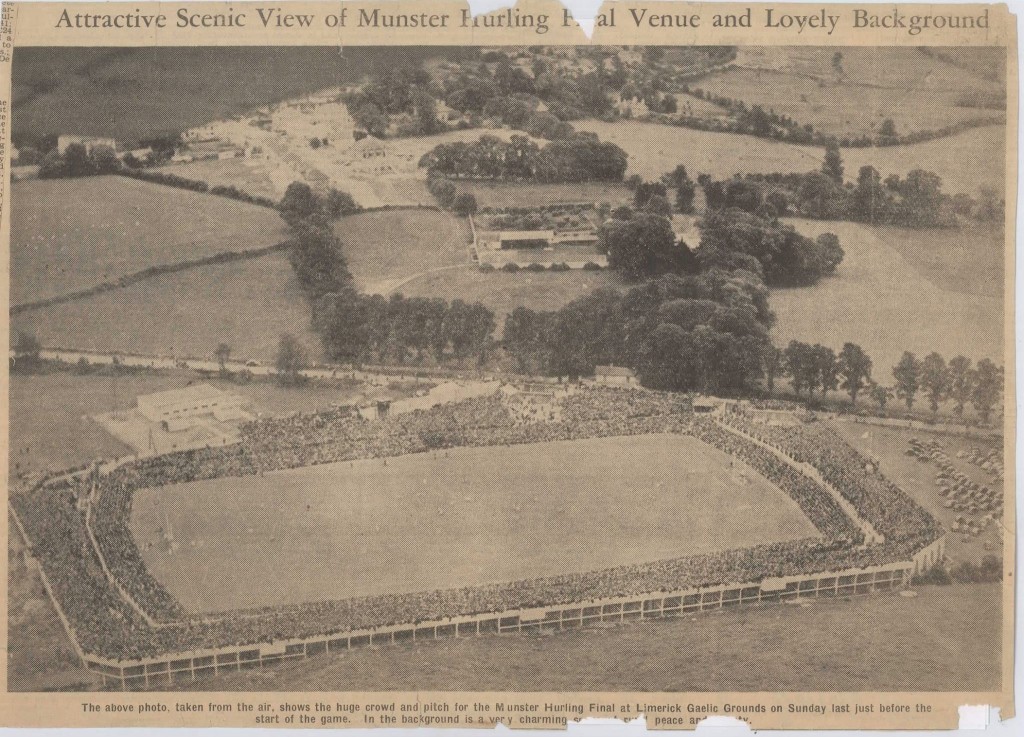 A walk through history

Good Morning…
Have you taken part in our Medieval Englishtown Tour…

An informative tour that commences at the Bishops’ Palace (Civic Trust HQ) with an engaging and qualified guide. See and hear stories about King John’s Castle, The Toll House and The Treaty Stone.

One of many tours to experience at Limerick Civic Trust.