These consist of derelict properties gone beyond preservation in their present state. They are usually large scale projects commanding substantial time and financial commitments.

Extensive conservation work needs to be carried out to the Bell Tower of the church. We are currently applying for funding and have received a minor grant to begin repair work to the roof.

A project began in 2011. The LCT is in discussions with Limerick City council, regeneration and the church of Ireland, about renovating the current park on verdant place and extending this with a playground area beside it.

Work commenced in March 2008 and after an initial archaeological inspection the Trust was given guidance regarding surface clearance of the rampant brambles, wild grass, bushes and so on. This cemetery is now in excellent condition and we have begun small-scale restoration works on some of the headstones that have fallen over the centuries.

A site has been given by the City Council in O’Briens Park on Clare Street. This is a substantial and distinctive cast iron work. It is eight feet square and is designed like a Georgian Temple. It is the only one of its kind in the country. An appropriate site and context has been identified for this important artefact.

A project began in 2011. After discussions between St Munchin’s College and the LCT, it has been decided to mark the memory of Kileen Cemetery and all those buried there. As the original site of the graveyard is no longer available, and there is no list of those who were buried there, it is envisaged that a similar memorial as the paupers graveyard would be appropriate.

A project began in 2011, the LCT were approached by Cllr. Short to get involved in the renovation of the old wet house on Johns Square to be used as an artistic studio, in line with the City councils plan for the artistic quarter. This work was carried out this work over the winter months.

We have erected a new timber cross on the site. It is planned this year to turn the grass area into an urban meadow covered in wild flowers. This will make the site a much more attractive area and amenity in the community.

This site and the huge number of headstones and sarcophagi that have been damaged represents medium to large-scale restoration project. We are currently assessing the level of work and costs associated with a major restoration project in St. Patrick’s. General maintenance work has begun on the graveyard. 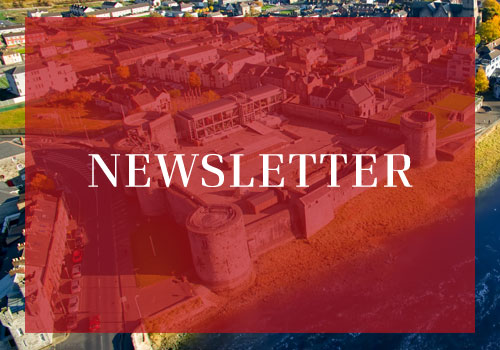